Getting more customers in today’s competitive world is nearly impossible.

And you don’t have time to waste. You can’t afford to sit around for 6-12 months to get business.

PPC costs tons of money and is often difficult for the average marketer to set up and run without hiring an agency.

And we all know that word-of-mouth marketing can only last so long.

Referrals are great, but you can only generate so many of them.

The reality is that most marketing tactics require tons of effort and months of planning before you see results.

But you can’t wait that long if you want to scale your business to the next level.

You take advantage of nano and micro-influencers.

Influencer marketing is one of the best ways to drive sales.

In fact, according to eMarketer, influencer marketing budgets are steadily on the rise.

But most people can’t afford celebrity influencers like Kim Kardashian.

Thankfully, you actually don’t want to use influencers like that.

Here are what micro-influencers are and four ways to use them to gain customers.

What micro-influencers are and why you need them

It’s no secret that influencer marketing is already a booming industry.

The growth of influencers and social media platforms is astounding, to say the least.

In fact, influencer marketing is a tactic I’ve used countless times to build my brands and companies.

Promoting when you have no followers for growth is tough.

And that’s why influencers come in handy.

They provide instant promotion of your product or service with amazing conversion rates.

And that’s why influencer-marketing budgets are going to increase over the next few years: 48% of marketers say they will be increasing their influencer-marketing budgets.

On top of that, on Instagram alone in 2016, influencer-marketing revenues reached $570 million.

It’s one of the best ways to drive big sales.

And all types of companies and brands take advantage of it. Well, let’s start off with some basic definitions.

Micro-influencers are pretty much exactly what they sound like.

They are hyper-specific influencers who have lower follower counts in a given niche. They have intensely engaged audiences, yet a relatively low (below 25k) follower count.

Major celebrities are not micro-influencers.

They have millions of followers.

But accounts that have less than 25,000 followers are generally considered micro-influencers. They often have very active audiences. Furthermore, nano-influencers have followers in the thousands.

And the data proves that nano- and micro-influencers are successful.

Markerly recently studied over 800,000 Instagram accounts, each with over 1,000 followers. They analyzed how engaged their audiences were in comparison to major celebrity influencers.

They found that as the follower count increased, like rates dropped significantly:

They also found that comments and engaged users decreased as followership increased:

This means that the more followers an account has, the fewer likes and comments they get (relative to the follower count.)

So using influencers who have millions of followers might get you less bang for your buck.

Experticity recently studied big groups of micro-influencers to see what power they held.

Here are two of the incredible statistics they uncovered:

So micro-influencers have more conversations about buying recommendations than macro-influencers. At the same time, they hold greater power when driving actual conversions.

If you think you need millions of followers to grow your brand, think again.

So it’s time to stop wasting money on expensive influencers who aren’t driving engagement or traffic.

Here’s how you can find micro-influencers and four ways to use them to gain more customers.

Campaign-specific hashtags are one of the best ways to spread brand awareness and drive sales.

They allow niche micro-influencers to connect easily with your brand.

For example, check out how sparkling water brand Lacroix does it: They work with tons of micro-influencers to promote their products and gain more customers.

You’ll see that the influencer in this photo has barely over 1,000 followers:

But that specific micro-influencer gets tons of interactions, which makes the partnership worth it.

And on top of that, Lacroix runs dedicated hashtag-based influencer campaigns: 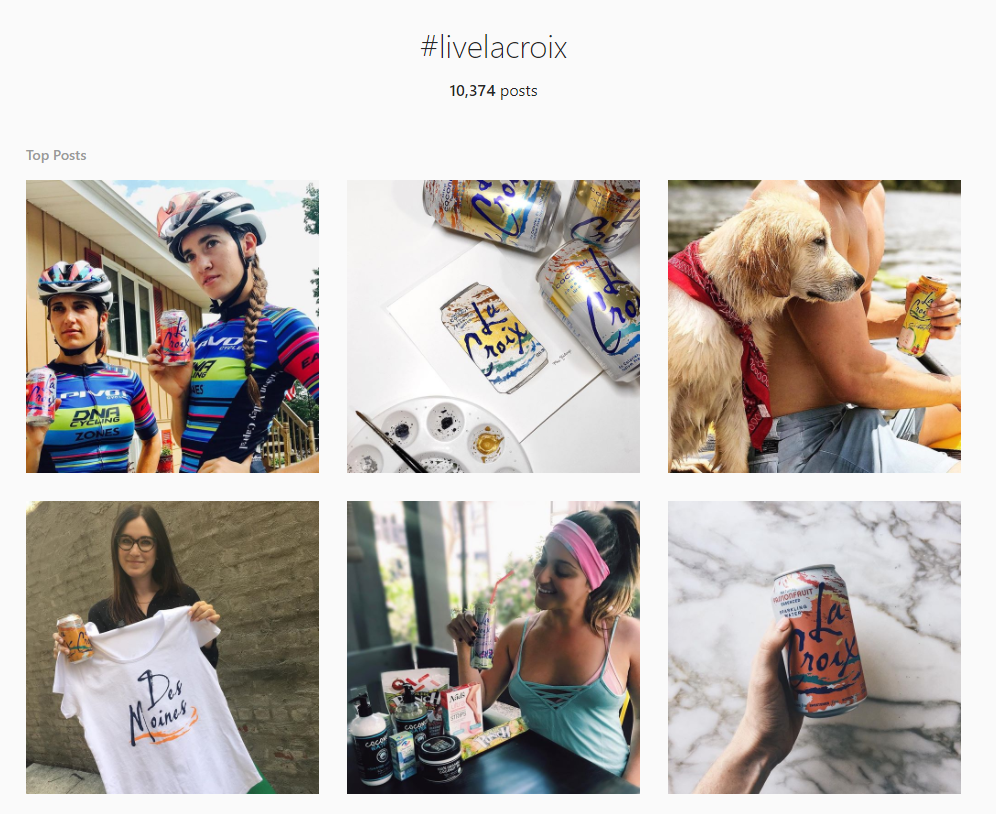 They send out free products for promotions to these influencers and get tons of traction on Instagram.

If you click on any of these influencer posts, they almost all have fewer than 10,000 followers: 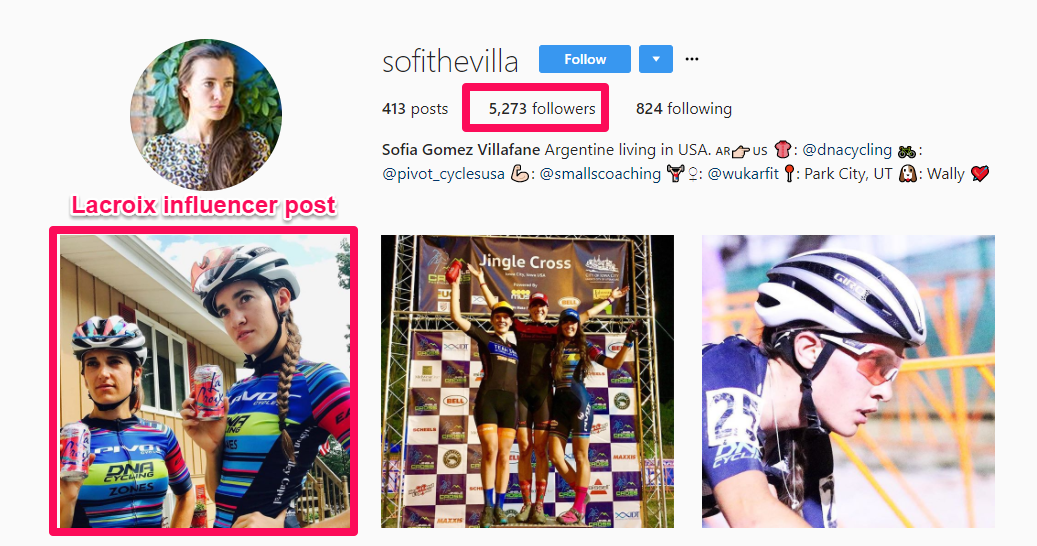 So why do they work?

It’s because they’re genuine and authentic.

These people truly live the Lacroix lifestyle and embody the brand image.

They are down-to-earth, real people.

Accounts with over 1 million followers may seem like a cool way to promote your brand. But at the end of the day, their engagement rates are lower than that of micro-influencers.

On top of that, they likely are major celebrities who don’t embody your brand.

Follow in Lacroix’s footsteps by creating your own hashtag-based campaign.

You can start a hashtag with your company name in it to drive tons of branded traffic and explode your customer growth.

One of the best user-generated content campaigns I have ever seen used a batch of micro-influencers.

In January of 2015, the Hawaiian Tourism board took micro-influencer campaigns to a new level: They leveraged the power of micro-influencers in a way that revolutionized Instagram marketing.

Here’s what Vince Soliven, the executive creative director of the campaign, said about it:

“When you have a social media star who is ‘a regular person,’ it bridges the gap for the consumer. If this person is having this experience, it’s not fabricated, it’s not the result of some crazy $5,000 photo shoot. They got that with a GoPro. Maybe I could have that experience, too.”

On top of that, the campaign reached 54% of all U.S. travelers!

And the cherry on top:

65% of people who saw the campaign said that they planned to visit Hawaii in the next year or two.

They did this by leveraging local Hawaiian micro-influencers like Lindsey Higa: They focused on influencers who connected to their ideal vision and brand image.

Despite being a boring tourism board, they were able to generate incredible traction and drive high amounts of interest in travel.

And one of the key reasons that they found such success was because of user-generated content.

They allowed influencers to post pictures for them, suggesting authenticity and boosting their credibility.

In fact, 93% of consumers find UGC to be an influence when making a buying decision!

On top of that, UGC can increase your campaign conversions by 29% on average.

Thankfully, it’s not hard to start leveraging UGC in your campaigns.

Buffer does it all the time: User-generated content may be the “ace in the hole” for your next micro-influencer campaign.

Focus on creating great connections with your influencers and using them to position your brand with a trustworthy image.

Sponsored posts are similar to UGC in that you focus on getting the influencers to post the content on their own accounts.

These posts drive up engagement and create a more authentic brand vision.

They also allow your influencers to make detailed videos or content pieces surrounding your product.

This publicity reinforces your brand to the audience and gives you valuable traffic and interest.

You can see this all the time on Instagram: 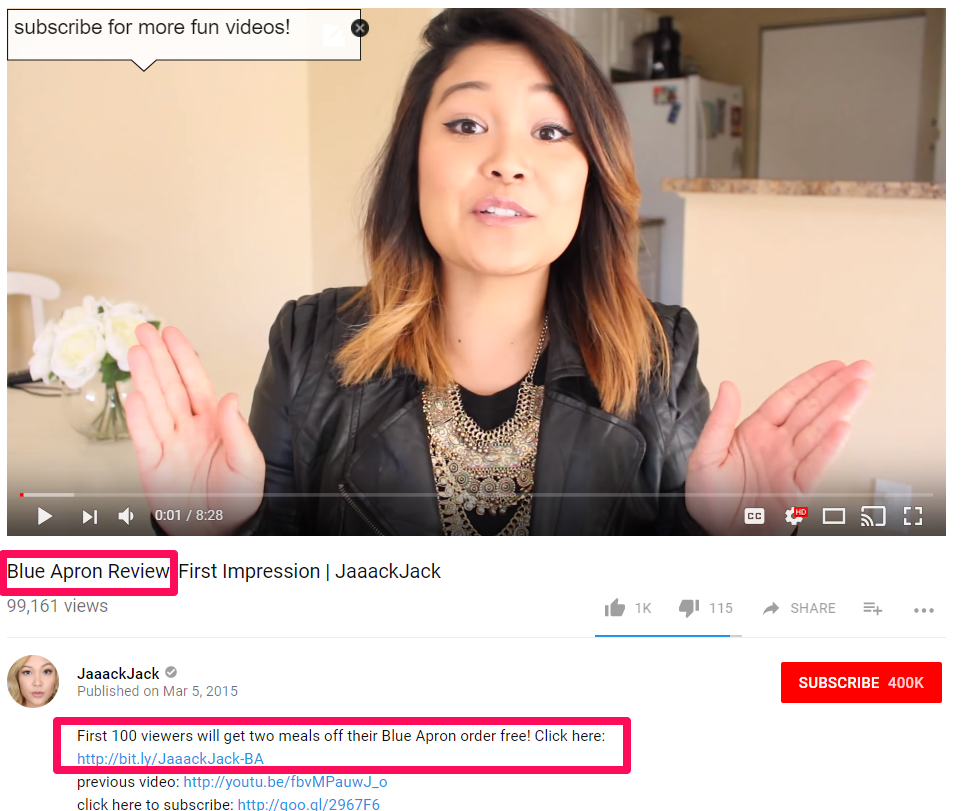 Sponsored posts are one of the most common ways to leverage a group of influencers, and it works great for micro-influencer campaigns as well.

One of the best ways to do this is by reaching out to your desired influencer and offering to send them free products in exchange for honest reviews.

If you already have influencers that you work with, it’s even easier. Depending on your campaign contracts, you can simply ask them to post sponsored content!

People trust them, and they will trust what they recommend.

Use this to your advantage by having your influencers create sponsored posts for your brand.

4. Tell a story with your promotion

Storytelling increases conversions. There’s no doubt about it.

A few years ago, when I was starting to ramp up my blog, I was struggling to get visitors.

My blog posts were great. They were consistent.

But the blog wasn’t compelling users to stay. The content was relevant, but people weren’t reading it all.

So I started to personalize it by telling stories with my content that people could relate to.

And this is what happened:

In just a few months, my traffic started to skyrocket.

I found the growth that I never knew I had access to!

And the same goes for micro-influencer marketing.

Storytelling drives conversions naturally because people begin to care about you and your brand.

For example, check out how American Express uses influencers to tell stories: 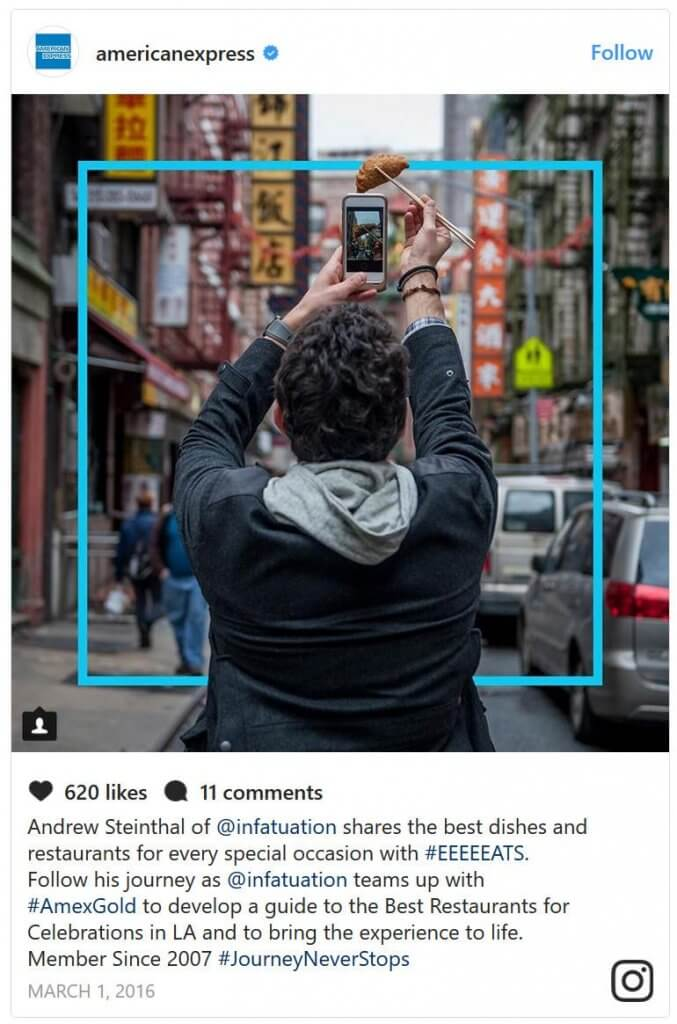 They connect a boring consumer product to the desires of nearly every human: travel, exploration, and fun.

And that influencer doesn’t merely post a sponsored post saying “AMEX is the best!” Instead, they use a story to craft why AMEX fits the influencer’s life.

It helps people bridge the gap between a boring product and developing the need for that product in their daily lives!

It helps people connect to the specific ways they could use that product.

Ultimately, they are much more likely to understand why they need it.

To start using storytelling, inspect your preferred influencer platform. Look for specific micro-influencers who already have a story.

For example, do they love to travel? Are they a popular niche micro-influencer? 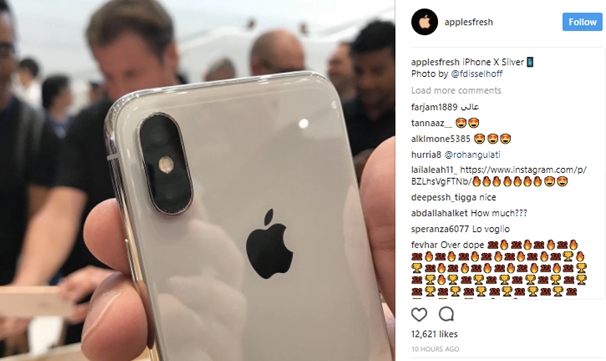 The goal here is to find influencers who fit your brand story.

For example, let’s say your brand donates part of the sales it makes to charity. In that case, find someone who travels the world volunteering and helping third-world communities.

If your brand gives computers to underprivileged kids, find an influencer who works with similar groups.

Telling a detailed story with your marketing is one of the best ways to drive sales and gain more customers.

I’ve personally used it on my blog to gain more clients and scale growth.

I even use it on social media when I share personal posts: 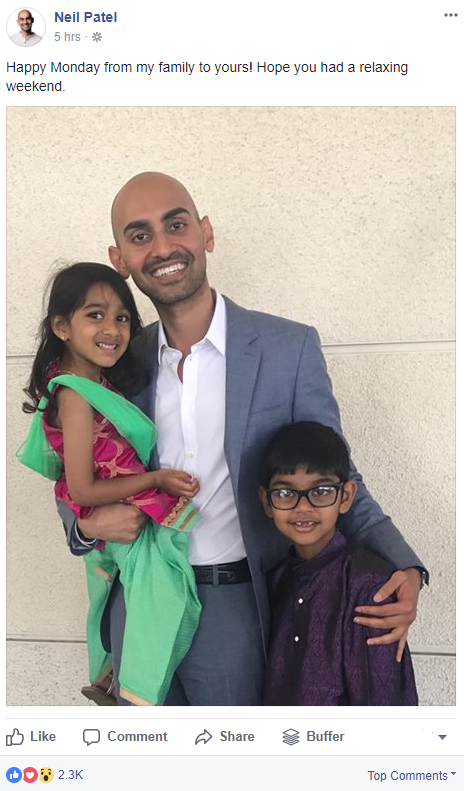 It helps connect people to your brand in ways that sponsored posts and UGC simply can’t.

It’s another level of influencer marketing that gives people inspiration, purpose and a reason to love (and talk about) your product.

Be sure to incorporate storytelling into any micro-influencer campaign you run.

Driving more sales and landing more customers is a grind.

That’s especially true in today’s world where every niche and subset of that niche has a competitor.

So how do you compete? How do you drive sales in such a difficult environment?

Well, most people turn to SEO or PPC.

And PPC is a nightmare when you have other things to focus on.

Each of those endeavors is a full-time job, and you don’t have that kind of time.

So what do you do?

You start investing in influencer marketing.

It’s a growing niche within the influencer-marketing space that is seeing a huge return on investment.

Remember, influencers with fewer than 10,000 followers will net you the best bang for your buck when it comes to engagement.

Next, use campaign-specific hashtags. That’s one of the best ways to use micro-influencers to drive tons of growth.

Take advantage of the buying power that user-generated content can give you.

And finally, get your influencers to tell a story with their posts. It’s one of the best ways to connect users to your product.

How have you found success using nano- or micro-influencers in your marketing strategy?